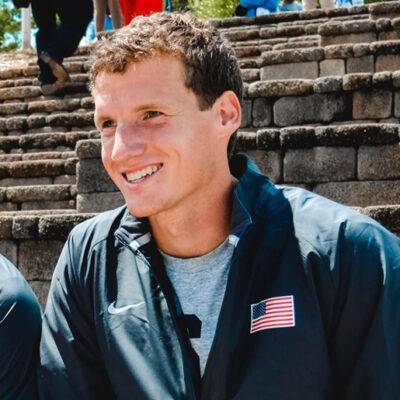 “The best time to plant a tree is 20 years ago. The second best time is now.”

Stanton grew up in Gainesville, GA where he was introduced to Sprint Kayak through the still standing 1996 Olympic Venue. He began completing at 13 when he attended his first National Championships. At 14 he began competing internationally and competed as part of Team USAs under-16 and under-18 team at 15. in 2013 Stanton made his first Senior National Team.

From 2014 to 2016 Stanton Trained full time for the Rio Olympics. Though he won 2 Olympic Events at 2016 Olympic Team Trials, there was no Olympic quota available for him to receive. After training for the 2016 Olympics, he went to Georgia Institute of Technology where he graduated with high honors with a B.S. in Economics. While finishing school he continued to train at Lanier Canoe and Kayak Club and competing for team USA.

Stanton now is the owner of “S Collins Consulting LLC.” where he helps organizations improve their data analytics and visualization systems. He also works as the Athlete Safety and Compliance Manager at the ACA.