An Interview with the Women's C1 World Champion - ACA

An Interview with the Women’s C1 World Champion 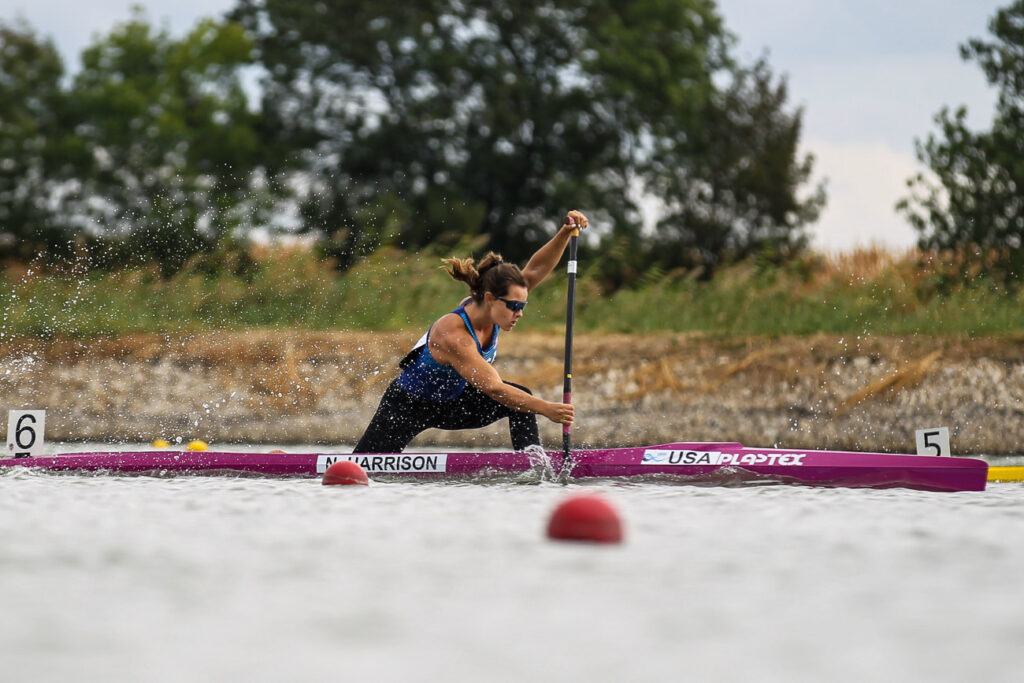 It has been an interesting year for American teenager Nevin Harrison, who just so happens to be the United States’ first ever Women’s C1 World Champion. She won the C1 200m at the 2019 World Championships in Szeged, Hungary last August, and she recently took first place at the ICF Canoe Sprint World Cup on September 26th.

Leading up to the September ICW World Cup, the big question for Nevin was: could she return to the scene of her greatest sporting triumph, carrying the pressure of being the best in the world, and repeat the performance? After all, she’s still just 18, and surely it would be understandable if the pressure proved too much.

But on Saturday afternoon in Szeged, Hungary, Harrison showed she’s up to the challenge. She might have only won by 0.02 of a second, but a win is a win.

“It’s really exciting, it was super close this year and there are a lot of very talented girls out there,” Harrison said. “The race definitely wasn’t my best. I messed up the start and I thought the race might be done for me. But I was able to get my rate back up and get going again, which I’m pretty proud of myself for doing because I was definitely off my game.”

The tricky wind conditions made comparisons with last year difficult, and one or two of last year’s world championship finalists were missing. Harrison still had to stare down last year’s silver medalist and fourth place go-getter and deal with a much improved Ukranian paddler, Liudmyla Luzan, who finished “just a coat of paint” behind at the World Cup competition.

“I think the pressure is still there, if not even stronger now because I was able to win again,” Harrison said. “I definitely felt the pressure when I was warming up and getting ready because I felt like I needed to get a gold. After all of this, I think the pressure will be similar, if not more, for the Games next year. Now I’ve been able to see how talented and quick the other girls are getting.”

Harrison continued, “I know Ukraine has got some really fast girls this year. At the end of the race I didn’t know if I got first or second, it was so close.” 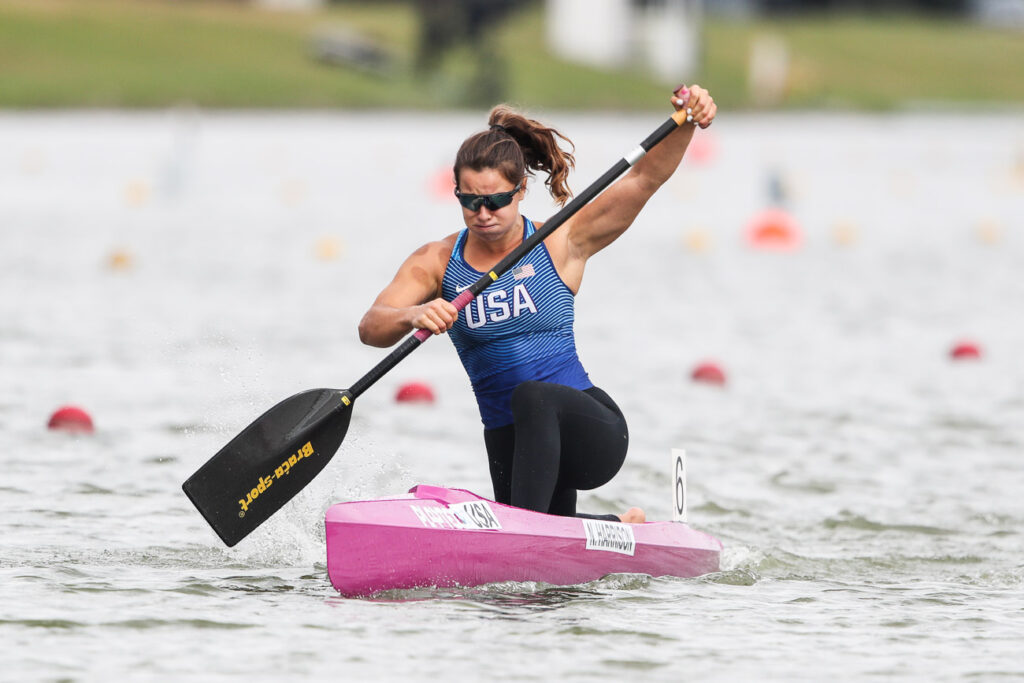 Harrison was one of the few non-European athletes who could get to Szeged for the World Cup. Leaving nothing to chance, and desperate to get back into elite competition, she arrived in Europe early. “I’m just happy we could come to Szeged and get on the racecourse again,” she said. “I’ve been in Hungary for the last two weeks training. Training here is amazing; I love the weather, I love the water and the local people are awesome too.”

“This is my second race of the entire year, and my first race was just last weekend, so I’m definitely not used to going head-to-head like that.”

If everything goes according to plan next year, Harrison will be part of Olympic history as women’s canoe makes its Games debut. But she wants more than that. Only three people, barring dead-heats, can be the first ever Olympic medalists in women’s C1, and she wants to be one of them.

Stay tuned for more exciting competitions at these upcoming events: