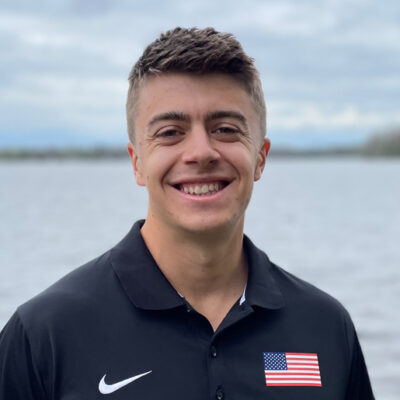 ““Nothing easy was ever worth doing.”

3 Things You Didn't Know About Kenny

At the age of 17, I won my first Senior National Championship in the C1 200m and was later selected to compete at the 2016 Junior World Championships. However, I began experiencing unknown seizures and serious health issues that inhibited my life both on and off the water. With the uncertainty surrounding the problem, I was not allowed to compete at the Junior World Championships and instead had to stay home to be carefully monitored – something that was very challenging for me considering how hard I had worked to prepare for that World Championships. After 5 months of this uncertainty, it was found that I had life threatening tumor on my pancreas causing me to produce a dangerous of insulin and experience dangerously low blood sugars. After this diagnosis, I underwent surgery totaling 12+ hours. Since the surgery involved cutting through my abdominal wall in various incisions, I had to relearn many basic tasks including how to walk. Moreover, I was limited to lifting no more than 10 lbs for the span of the next 10 weeks – to which I lost 25lbs of muscle mass. The rehabilitation process was excruciating, as I had lost nearly all levels of strength and fitness. After roughly three years of consistent training, I finally regained and surpassed my previous levels of strength and fitness on the water. During this process, though, I set a goal for myself to break the American Record in the 200m event and make an A-Final at an international competition. Three months graduating college and 4 years after the surgery, I broke the American Record for the 200m in the Senior & Under-23 classes, and also made an A-Final at the 2020 World Cup.