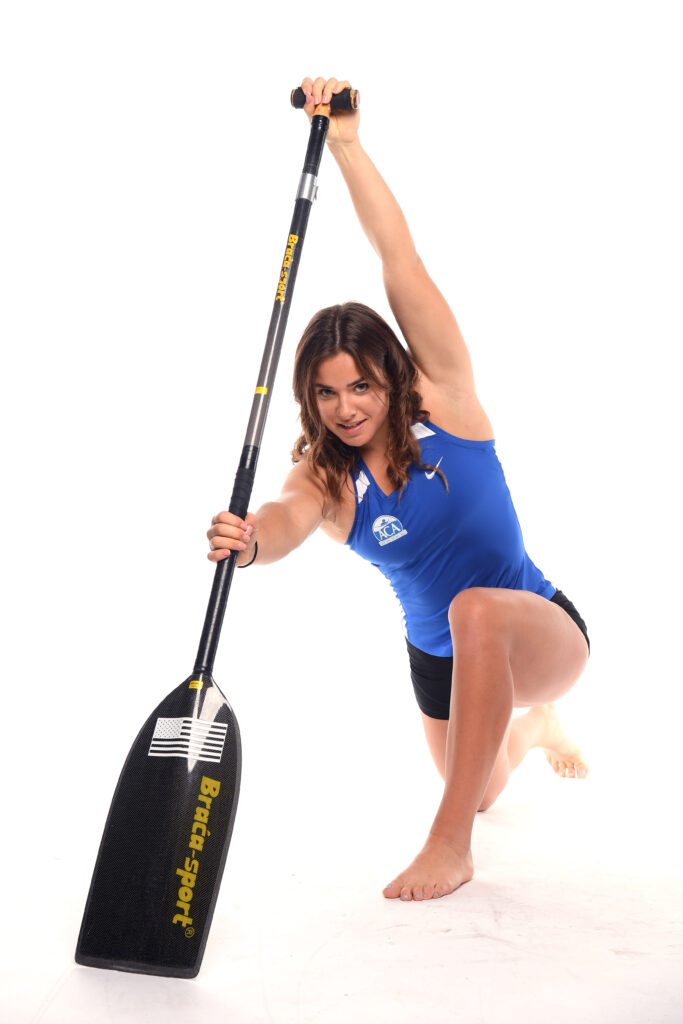 Nevin Harrison, the lone representative for the U.S. in canoe sprint, took the Olympic stage by storm today in the second heat of the C-1 200m. She finished first in the heat with an Olympic best time of 44.93, the best of all five heats, at the Sea Forest Waterway this morning.

“It’s really windy but the course is awesome. I’m feeling really good, really strong and I’m really excited… I was pretty nervous but it’s just like any other race, except the pressure is a hundred.”

“My plan is to take it race by race and not think too much about what lies ahead. I just need to go out there, do what I know I can, and execute my plan… I’m here to race and beat who I have to.”

This memorable day for Harrison is also a historic one as she is part of the first group of women to ever race the event at an Olympic Games.

The women’s C-1 200m and C-2 500m events were added to the Olympic program for Tokyo to promote gender equality throughout the Games.