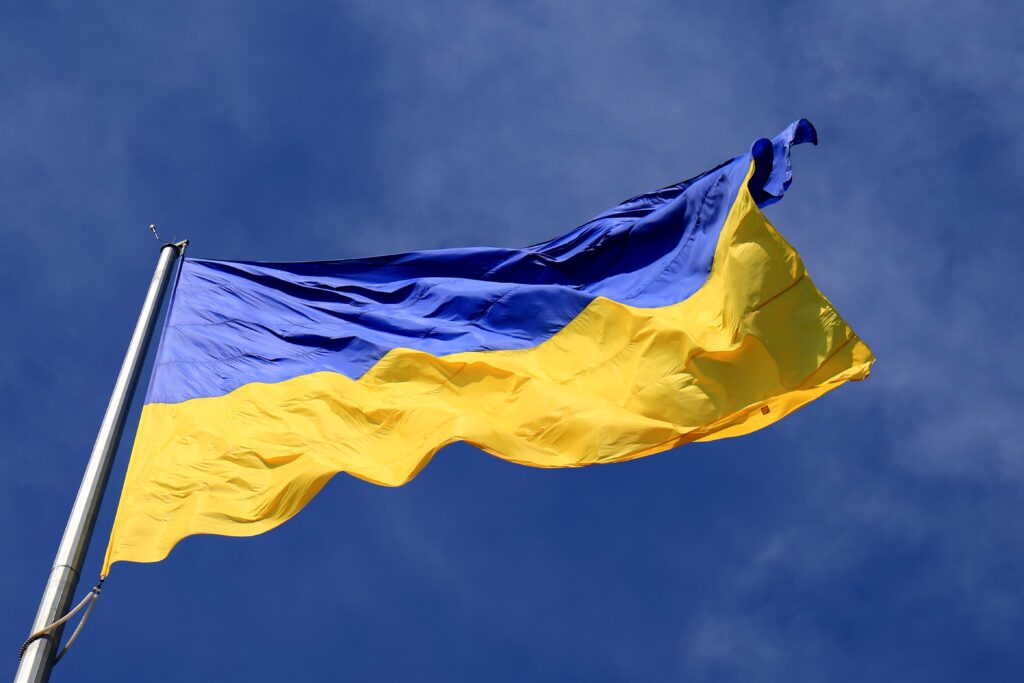 ACA boaters might be interested in how canoeists and kayakers have come together to create “Operation Renew Prosthetics,” (ORP) a program to provide prosthetics for Ukrainian soldier amputees.  Our first soldier, Oleksandr Chaika, arrived at Dulles on September 28. We expect more soldiers will be coming later.

Here’s how it happened. Back in 1988, when I was coach of the US Olympic team, I led a kayaking exchange to the Soviet Union.  And during that trip I met Russian and Ukrainian athletes and coaches who I have stayed in touch with ever since. Some of them came to the US the next year for the ’89 Worlds and World Cup races and my wife Abbie and I drove them around the country in a 15-person van.

Since the Russian invasion of Ukraine in February, I’ve been conversing with both Russians and Ukrainians in real time about the war.

But after a while I decided that rather than just talk with these people and generally fret about the situation, I needed to do something about it. I felt that Ukraine is fighting our fight of democracy versus autocracy and we’ve got to help them.

So, I contacted Mike Corcoran, who trained with us in order to make the 1992 Irish Olympic Team in whitewater canoeing, which he did.  I knew that after Mike finished with his Olympic participation in 1992 and 1996, he had gone to prosthetics school and now ran Medical Center Orthotics and Prosthetics (MCOP) in Silver Spring, Maryland.  MCOP had the DoD/Walter Reed contract to provide prosthetics for US soldier amputees from the wars in Iraq and Afghanistan, so it is probably the world’s greatest expert on providing prosthetics for those suffering blast injuries.

I asked Mike if he would be willing to provide prosthetics for Ukrainian soldiers and he immediately said yes, for the very reason I outlined above: these Ukrainians are fighting our fight.  So we are starting by providing prosthetics for a limited number of soldiers for free while embarking on a fund raising drive to be able to afford to do more.

Our vision grew from there.  MCOP also has a contract from the Maltese Ministry of Health to provide prosthetics for Maltese citizens. And now the Ministry will allow MCOP to treat some Ukrainian soldiers in its Malta office.  It’s a 3-hour plane flight from Kyiv to Malta instead of a 10-hour one from Kyiv to Washington so we hope to save money that way.

Our ultimate objective is to create a prosthetics center in Ukraine itself. We have a pledge for $300,000 towards this, which would pay for the machinery to go into such a center but we need a building to put it in, and we need to raise about $400,000 to pay salaries of people to staff it.

CBS TV was at the airport filming the arrival of Oleksandr and his wife, Hanna, and says it will do a piece on Oleksandr and ORP for its show “Sunday Morning.” We’re still talking about the airing date, so stay tuned.

I thought you’d find it interesting that so far 7 canoeists or kayakers are connected with this process.  Besides Mike and me and Elliot Weintrob, who works for Mike now, there are 2 others of Mike’s assistants who are kayakers, and even our Ukrainian contact for Operation Renew is one.  And finally, the CBS producer we’re working with has begun kayaking!

It’s heartening for me to see how involvement in our sport has led to this.

Finally, a postscript about paddling in Ukraine.  Back in 2006 I visited Kyiv.  When I got off the plane, the Ukrainian kayaker who met me said “Bill, there are a lot of people at our club who want to meet you!”  I beamed, thinking my reputation had preceded me.  When we got to the club, a spokesman said: “Here is a photo of several people all together and we understand that EJ (Eric Jackson, one of my Olympians and perhaps the premier all-round whitewater paddler of the age) is in it.  Can you point him out to us because we’re all great fans of his!”  They didn’t want to see me, they wanted to see EJ!

If you want to contribute to Operation Renew Prosthetics:

To donate electronically, go on the website of Brother’s Brother Foundation at https://brothersbrother.org.  Operation Renew Prosthetics is a partner of BBF, and BBF is a donor to us. 100% of funds donated through BBF will be used to support ORP and are tax deductible.

—>Fill out the rest of the form.

Or if you’d like to contribute by check, make the check payable to Brother’s Brother Foundation with Operation Renew Prosthetics noted in the memo field, and send it to the address below:

Thanks for your consideration!