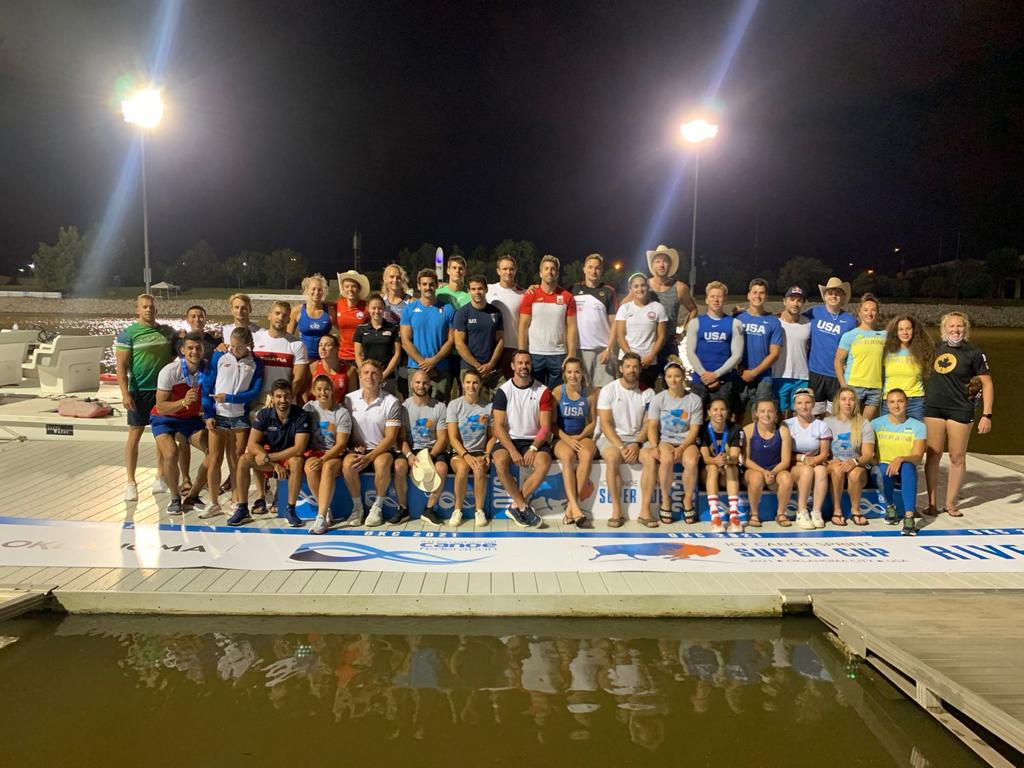 The ICF Super Cup went off in Oklahoma City this weekend with a big showing from over 20 Olympians just weeks after the Tokyo Games.

The Super Cup was the centerpiece of a multi-day race event called the Oklahoma Paddlesport Festival that included the World Party, the American Canoe Association (ACA) Sprint and Slalom National Championships, a new ICF Extreme Slalom event, the ICF Super Cup Portage Race, and the USO Experience, an event to attract military and their families.

The sprint events began on the morning of August 8th with C-1 and K-1 portage races. In the women’s C-1, several Americans raced with Olympic gold medalist Nevin Harrison finishing 6th in Final A. In the men’s C-1, Jonathan Grady had the highest finish for the Americans in 7th place. Elena Wolgamot came in 4th in the women’s K-1 as the highest American finisher, and Jonas Ecker in the men’s K-1.

Nevin Harrison won Final B of the women’s C-1 later in the day, with Luzan Liudmyla winning the event overall. Liudmyla recently took the Olympic bronze medal in the C-1 200m event behind Harrison in Tokyo. Czech Martin Fuksa won the men’s C-1 for his second time. Maxime Beaumont took first in the men’s K-1 for his third consecutive Super Cup title, and Milica Novakovic from Serbia won the women’s K-1. Final B for both events featured several Americans aside from Harrison, such as Jonas Ecker, Augustus Cook, and Caitlyn McElroy.

To see the event results, use this link.

Leibfarth won the women’s extreme event followed by teammate Harriet Rollins. On the men’s side, the highest American finisher in second was Merle Long.

USCG Appoints ACA Board of Directors President to NBSAC

USCG Appoints ACA Board of Directors President to NBSAC