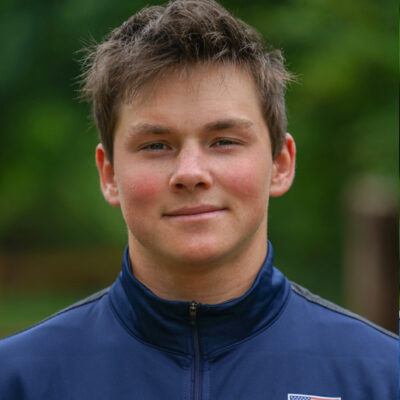 Kaelin was just two years old when he was first introduced to kayaking by paddling down small rivers in his dad’s lap. He got his own boat when he was still a toddler and fell in love with the sport. As Kaelin got older, he was able to take advantage of the world-class whitewater on the Potomac River, just next to where he grew up. Kaelin joined the Potomac Whitewater Racing Club and started training after school with club coach, Silvan Poberaj. Eventually, Kaelin began traveling to compete in races like the U.S. Nationals and U.S. Team Trials. When he was fourteen, he traveled to Europe for the first time to race the ECA Junior Cup Circuit and decided he wanted to commit to the sport.

In 2018, Kaelin made the Junior National Team and represented the U.S. at the Junior World Championships in Ivrea, Italy, where he placed fourth in the Extreme Slalom event. A year later, Kaelin again competed as a part of the U.S. Junior National Team, where he raced three events in Krakow, Poland. Kaelin made his World Cup debut in 2020, where he competed at the Senior level for the first time and was the youngest male competitor to make the semifinals.