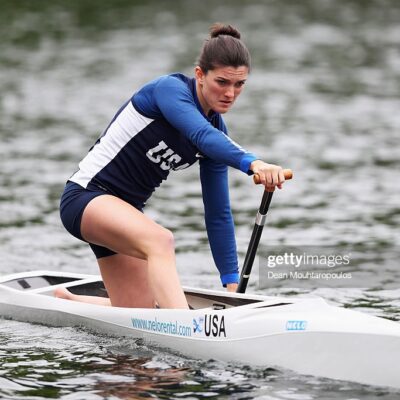 Born and raised near Green Lake in a family of paddlers, the Seattle Canoe and Kayak Club community was an integral part of my childhood. I grew up watching my brother race and as soon as I was old enough, I jumped in a boat and quickly fell in love with the sport. I began paddling in 2005, at the age of 8.

In 2015 I moved to Victoria, BC where I had the opportunity to continue my paddling career while attending University. After completing my degree at the University of Victoria, I began working for the Victoria School District as a Support Worker, providing 1:1 support for children living with Disabilities and behavioral challenges. Thanks to the support of the school district, I was able to take a leave of absence this year in order to focus on training.

It is an honor to race for Team USA and I am incredibly grateful for the paddling community and the opportunities I’ve had while on the National Team. I’m currently based in San Diego CA, preparing for the 2021 racing season.