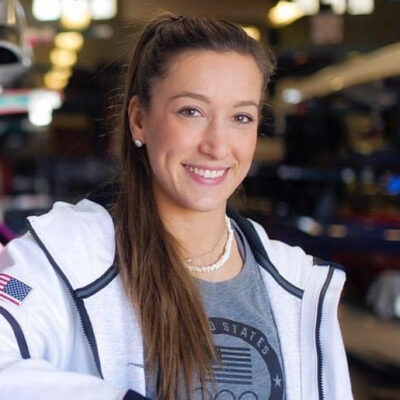 “Failure I can live with; not trying is what I can’t handle.” – Sanya Richards-Ross

Shaye is from the small town of Fort Gibson, Oklahoma. She graduated in May 2018 with a Bachelor of Arts degree in Criminal Justice. After graduation Shaye participated in an NBC produced television show called Milk Life presents, Scouting Camp: The Next Olympic Hopeful. She was among 3,500 athletes who applied, 90 invites, and in the end, she won in Sprint.

Canoe/Kayak. She left her home state of Oklahoma to pursue her Olympic dream of being a sprint kayaker and currently lives and trains in Gainesville, Georgia at the 1996 Olympic Venue.

Shaye made the U.S. National Team during her first sprint kayak regatta after only 6 months of jumping into the sport. Fast forward to the 2021 U.S. Olympic Team trials, only 2 ½ years of training sprint kayak and she has been named as one of the Team USA representatives to race for potential Olympic quota spots. She hopes to continue representing Team USA for years to come and looks forward to a bright future ahead.