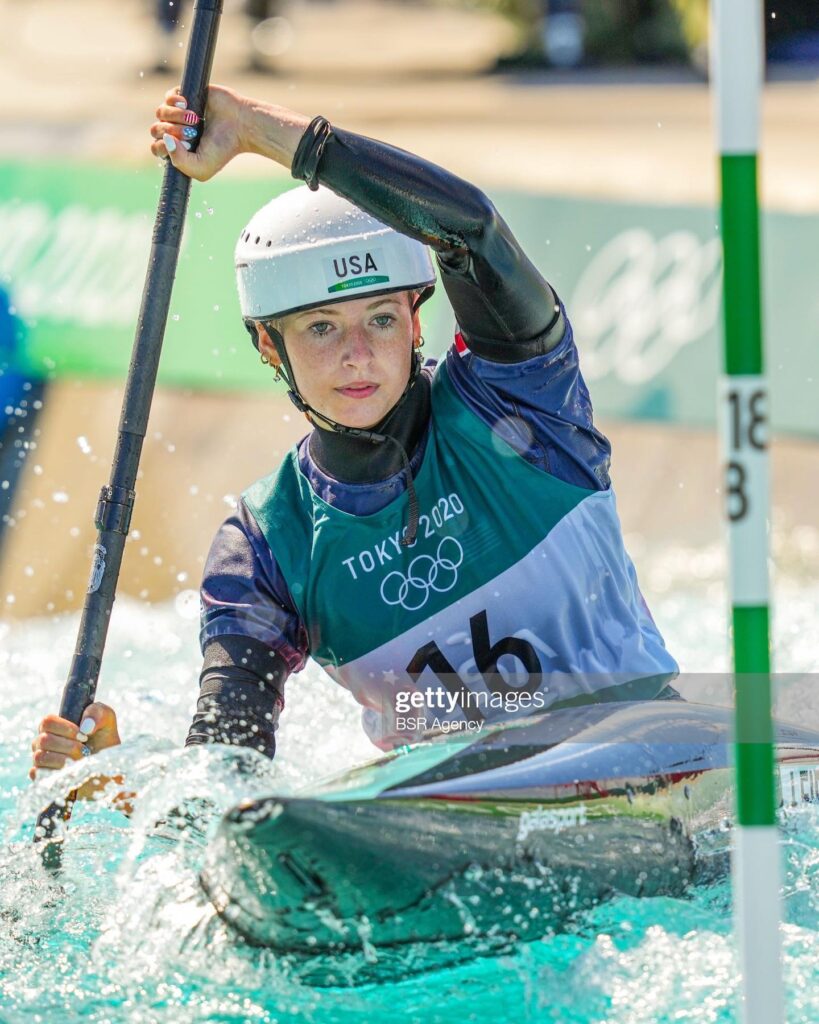 The second to last day of slalom competition at the Kasai Slalom Center featured the WC-1 semifinal and final with Evy Leibfarth paddling in her last day of Olympic competition. 18 women competed in the semifinal and only the top 10 advance to the final. Due to an unfortunate 50 second penalty, Leibfarth will not progress into the event final.

Her semifinal run started out rather smooth and looked promising until she arrived at gate 12, where she rolled from the downstream current and only the lower half of her body went through the gate.

“It was definitely not the run that I was looking for but I have a lot to learn from it to take into my next races.”

She continued to paddle strongly toward the finish line despite knowing her chance at the final was done – a true testament to her character and maturity.

“Something that is really important for me in paddling is to just keep going no matter what. You have to give it your all even if you know the race is pretty much over for you. I 50-ed but I put it to the back of my mind for the rest of the run.”

At only 17 years old, the North Carolina native has made history here in Tokyo. She is the youngest canoe slalom competitor in Tokyo and is part of the first wave of women to compete in the canoe event after it was added to the 2020 Olympic program.

Congratulations to Evy Leibfarth on a memorable Olympic debut in both the women’s kayak and canoe events.

Catch Michal Smolen on the course for the men’s kayak semifinal and final tomorrow at 2 pm local time (1 am EST/7 am CET) as he races for the chance at an Olympic medal.