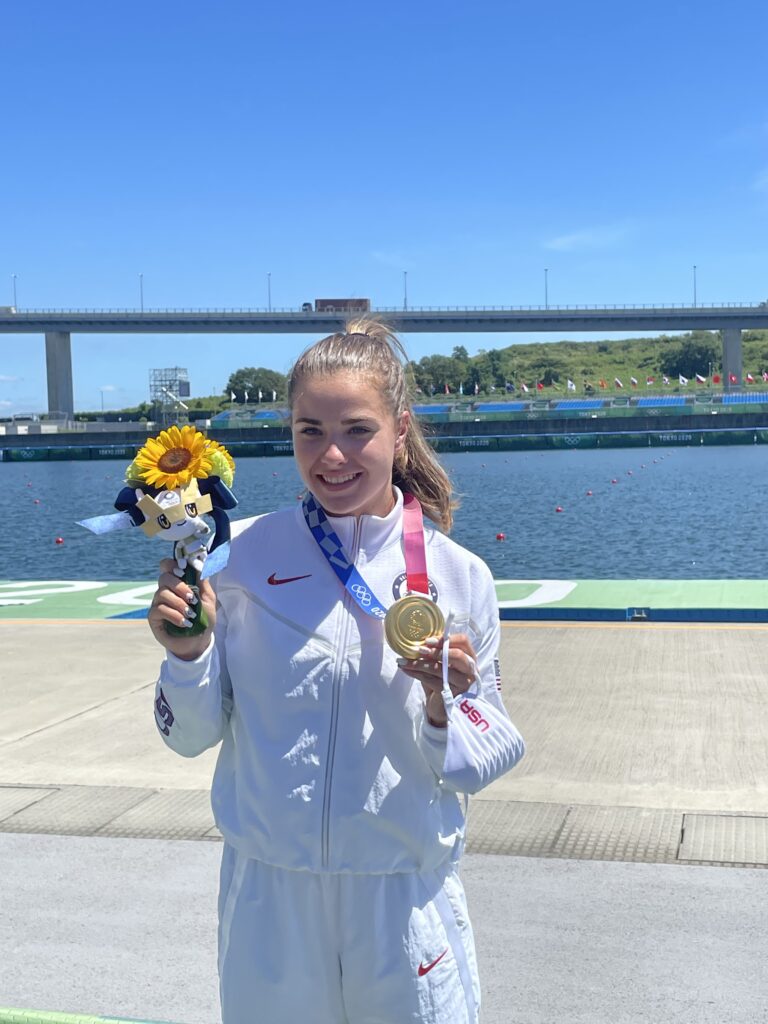 The final day of canoe sprint competition for the United States took place today at the Sea Forest Waterway in Tokyo. It was incredible, it was exciting, and it is a day that will go down in history for USA Canoe Sprint.

Nevin Harrison, who earned the Olympic Best Time in yesterday’s heat of the C-1 200m, took the start line in the second of the two semifinals at 9:51 am local time. Tensions were high as it was the first epic showdown between Harrison and six-time world champion from Canada, Laurence Vincent-Lapointe. Before this semifinal, Harrison and the Canadian had never raced – Vincent-Lapointe was scratched from the 2019 World Championships after a positive drug test when the American took the world title. Harrison later also won the 2020 World Cup in Szeged.

Harrison came in first and had the fastest time of the two semifinals (46.697 seconds), while Lapointe came in third behind China’s Lin Wenjun. Whether the Canadian was reserving her energy for the final or not (since the top four athletes in the semifinal advance to the A final), Harrison dominated the semifinal field and looked stronger than ever.

Two hours later at 11:57 am local time, Harrison came out hungry for the podium in the A Final and won the gold medal by a margin of .854 seconds over Vincent-Lapointe, who earned the silver. Liudmyla Luzan of Ukraine won the bronze.

“This is so incredible, it’s crazy. Thank you to my family and friends. You are my rocks and my support. Kenny and Anna, my two best friends, have been with me every step of the way. I wouldn’t be here without any of them.”

“I hope this can be what makes the sport grow in the U.S. because it’s so much fun. I hope this will put America on the map.”

Congratulations to Nevin Harrison on this amazing accomplishment. We are so proud of you!